Explore how company shorten the time of implementing the prototype into production using industrial 3D printer.

Geo Globe Polska is a company from the plastic processing industry, specialized in vacuum thermoforming of thermoplastic materials.

Creation of the prototype of a transportation tray with the use of 3D printing technology.

Reducing the time of prototyping

The process of constructing prototype molds is very long and consists of many stages.
Production of the first model is the basis for
serial production, therefore each change in
the prototype made with the use of traditional
machines prolongs the lead time.

Reducing the time of prototyping from a few
weeks to a few days with the use of a 3D
printer.

Verification of the design and adequacy of the prototype production

Industrial 3D printers make possible to create details with high accuracy and tolerances. Geo Globe Polska could efficiently verify the design assumptions, including checking the fit of the detail.

The structural assumptions were checked at the planning stage before forming the prototype itself.

Dedicated trays are finally used to secure the finished parts during the production process. Creating 3D printed prototypes allow to speed up the programming process of industrial robots located at production lines.

The implementation time of a new line in a car plant was reduced up to three weeks.

3D printing is a much faster technology for making prototypes with complex geometry than conventional methods such as machining or milling.

Geo Globe, specializing in vacuum thermoforming of plastics, has introduced 3D printing technology into its production process. Industrial 3DGence printers allow the company to shorten the prototyping process from several weeks to even several days. Often, a company has very little time to provide a prototype element that a subcontractor from the automotive industry must mount on the production line to verify, for example, correct programming of robots.

Geo Globe Polska also deals with the creation of dedicated transport containers used in production lines in the automotive industry. They protect elements from damage during the thermoforming technology, which enables the production of trays with the required shapes.

Transport containers, thanks to the precise adaptation to the product, play an important role in the automation process and should be designed in such a way that they are easily accessible to an industrial robot. For the proper programming of industrial robots in the final production process, prototypes of trays are used. The construction of a prototype form is a long-term process, and the implementation time is very important. That is why we decided to introduce 3D printing technology in the company. The advantage of using it is to shorten the time of launching the production line and implement the finished part

The prototype of a transportation tray

Verification of the designand adequacy of the prototype production 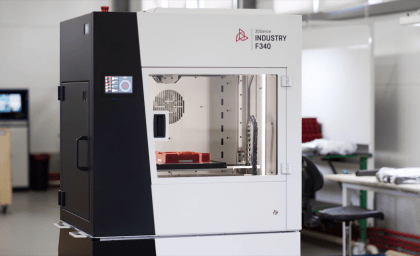 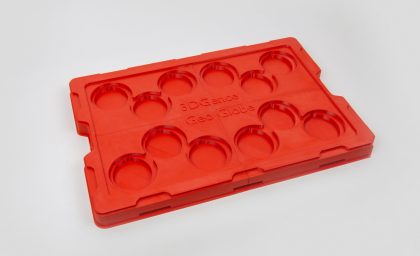 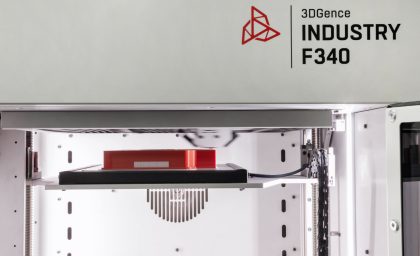 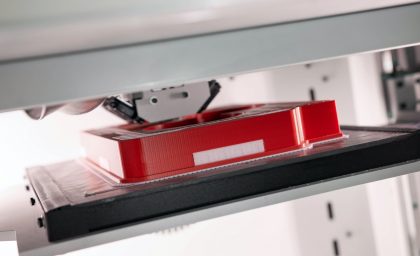 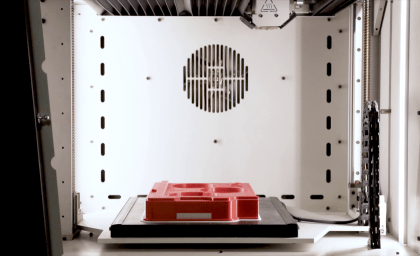 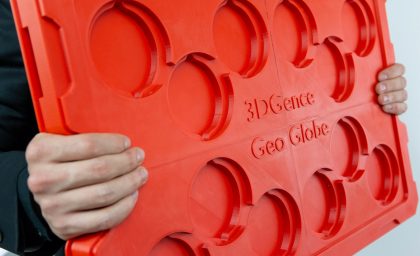