The costs of spare parts are usually more than 60% of all the operation maintenance costs in industry. The use of professional 3D printers in many sectors has already become a standard. A growing number of companies perceive the pronounced advantages of the opportunity to make 3D printouts of industrial machine elements which get worn and torn in the daily operation.

Industry may not allow for downtimes or freezing money in spare parts. 3D printing helps companies solve the problems with operation maintenance, overloaded warehouses and delays in delivery of finished products to end customers.

The costs of spare parts are usually more than 60% of all the operation maintenance costs in industry. The use of professional 3D printers in many sectors has already become a standard. A growing number of companies perceive the pronounced advantages of the opportunity to make 3D printouts of industrial machine elements which get worn and torn in the daily operation.

Industry may not allow for downtimes or freezing money in spare parts. 3D printing helps companies solve the problems with operation maintenance, overloaded warehouses and delays in delivery of finished products to end customers.

Manufacturing without downtimes thanks to 3D printing

A manufacturing line downtime may occur due to a failure of a key element. Such situation exposes companies to financial losses which may grow with time, when awaiting a replacement, which may even last a few weeks.

What is more, original parts for elements to be replaced are also related to high costs which the company will have to incur. Although some may hardly believe it, 3D printouts perform well in replacing many parts used in finished products, as well as accelerate or shorten the production time and significantly lower the costs of the whole process.

Covers and casings, small-sized spare parts for the automotive industry or radio-television or household equipment, non-standard tools and handles – all that may be created thanks to 3D printing technologies in a fast and economic manner.

It’s worth emphasising that 3D printing may be made to any design with high precision. In 3D printing technology we may select material with the same or even better properties that those of the original element. Highly popular filaments of very high mechanical or chemical properties are ULTEM or PEEK. There is no need to know all 3D printing materials available on the market. Our 3DServices department help customers from many industries to choose proper filament to their use.
Adam Przepolski, Business Development Manager

3D printing enables the highest precision of spare parts, with shortening of the time needed for their manufacturing.

CAD design may be stored and printing reinstated at any moment. 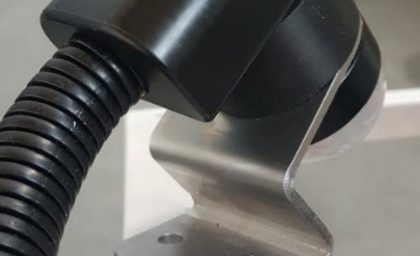 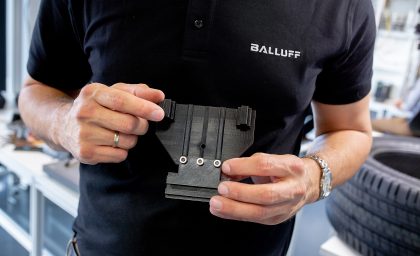 A great role in production processes is played by proper warehouse supplies. Being prepared to failures and shortages does not, however, mean the necessity of freezing money in spare parts. In such case the use of a professional 3D printer is a very good solution. Particularly that every manufacturer needs to store many spare parts. It happens that they very rarely use them. Illogical? Perhaps, but companies cannot allow for any production downtimes caused by awaiting for an ordered part, or one needed for the proper operation of a production line, or one being an element of the manufactured product. Therefore, they make inventories.

Most, i.e. as much as 83% of the respondents participating in the Poland-wide Survey of Production Management and Operation Maintenance (2016) admitted that they select strategic parts at their production factories. They are ones which affect safety, environment and quality of products. They must be always available. Without them, the production process would have to be stopped and the delivery time is very long. It is specifically the long or hard-to-determine lead time which makes 93% of companies store spare parts.

What does spare parts warehousing mean for the companies?

Mainly frozen capital which cannot be used. Additionally, the necessity of keeping warehouse space, carrying out inventory checks, etc. In other words, companies manage warehouses full of parts which have been purchased but no one knows when they are going to be used. If ever. 32.5% of respondents claim that unjustifiably large spare parts resources are the largest difficulty they cope with.

Not only the lack of spare parts causes downtimes. Stoppages may also occur due to problems with suppliers, particularly in the case of atypical elements. It is hard to replace a supplier who stops producing a part because it is highly specific and the production cost is high. Finding another supplier who will consent to deliver the order, and earlier prepare an injection mould, happens to be impossible. Or at least time and money consuming.

Production of non-standard or short-series parts is not cheap and it happens that some companies do not want to deal with that. Also, the necessity of using a production line for making a prototype may become a problem. In such cases the daily production is stopped and the line occupied for the purpose of creating the fist, test version of a new product. And, although, such stoppages do not usually last long, they affect the whole process and the date of completion, which translates in the delivery date to the end customer. 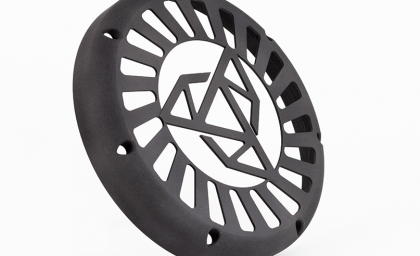 3D printing in the automotive

3D printing at the automotive sector

Many branches of industry have been using 3D printing nowadays. The additive technology has been successful in the automotive sector, among others. 3D printers appeared in that sector nearly 30 years ago and were used mainly in manufacturing prototype models as well as small and complicated parts for luxury and historic cars.

Today, the Audi concern, for example, has been using 3D printing in manufacturing replacement parts, which significantly streamlines the internal delivery chain. Audi decided to locate 3D printers in strategic places all over the world. Thanks to that, they have eliminated excessive production of some elements. Now they are printing the elements when needed, saving money and warehouse space. Further, Mercedes Benz Truck printed its first metal spare part in 2017. It was the thermostat cover for trucks. The element passed all the verification and quality assurance processes one to one with an element manufactured in a conventional manner. Among automotive concerns which decided to implement 3D printing in their production process is also the German Volkswagen. For car owners which are no longer produced, finding adequate spare parts is quite a challenge. The initiative of Volkswagen is to eliminate the problem thanks to manufacturing replacement parts solely with the use of 3D printing.

Check 3D services for your organisation 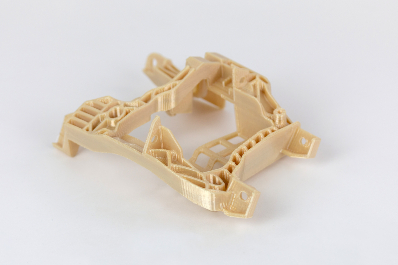 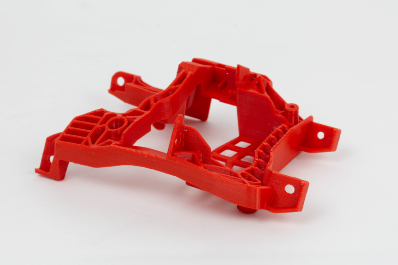 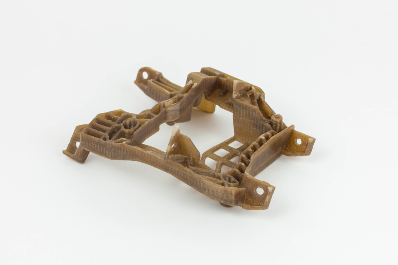 How you may use 3D printing services at your company

3DGence responds to the needs of the market, providing their line of as many as fifty-two 3D printers. Such a choice of devices guarantees a short lead time of individual elements or even small- and medium-sized production series. All the inquiries about 3D services are forwarded to a specialised team of application engineers who help select the proper materials to the respective needs.

3DGence Services provides our customers with 3D scanning services thanks to which we are able to recreate a specific part or component as a CAD model (reverse engineering). The cost of such a solution is much lower than the traditional way of sourcing elements. The customer pays only once for creating a 3D model and, then, may reproduce it in any numbers, by printing elements when needed
Adam Przepolski, Business Development Manager

Check 3D services for your organisation